Start your Invisalign journey today from just £50 per month

Jivadental team up with The London Broncos 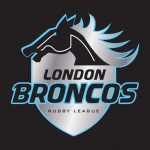 We are delighted to announce that Dr Bob Bhamra is the official club dentist for the London Broncos rugby League team.

The London Broncos who were previously known as the Harlequins Rugby League are London’s only Super league club, based at The Stoop Stadium in Twickenham.

The rugby players are planning a special visit to Jivadental on January 4, where Dr Bob will be making custom-made gumshields before the start of next season.

COVID-19 UPDATE - We are still open and happy to help you with all of your dental needs!
Our Covid Safety Tariff is still in operation. Please enquire in practice for details.